Board of Directors of Altenheim Senior Living – Strongsville, OH

Resident Care Starts At The Top

Paul Psota, Esq is the CEO of Altenheim Senior Living. Mr. Psota has served the organization in his current role since March, 2009. Prior to that, for almost 14 years, he served on the Altenheim’s volunteer Board of Directors. Approximately one half of that time was served as President. Prior to coming “in house” at Altenheim, Mr. Psota practiced law for 20 years. He was a shareholder at Buckley King, LPA, a regional firm, practicing in the areas of business law and tax law.

Dottie Welch, BSN, NHA, is the Administrator of Skilled Nursing and Rehab. She is responsible for overseeing the daily care and services residents receive, as well as serving as the corporate compliance officer. Providing resident-centered care is her main focus and best quality care is the team goal.

Scott Soinger, is the Director of Facilities and is responsible for maintaining the smooth, day-to-day operation of the physical plant, maintenance, laundry, porters and housekeeping. Scott has been at Altenheim for 33 years, starting out as an aide.

Roseann Meade, Director of Admissions and Community Outreach began her career in healthcare in 1990 and is responsible for the admissions at Altenheim Skilled Nursing and Rehab, including community liaison between the hospital, family and resident. Roseann also builds and maintains community awareness of Altenheim and the resources it provides.

Larry Zwegat, IT Specialist, has campus wide responsibility for the information technology environment, leading and working with the interdisciplinary team in the ongoing planning and implementation of information technologies that support Altenheim Senior Living Campus. He oversees all networking and PC support, data security teaching, telecommunications and the help desk. Larry believes the delivery of quality, appropriate, reliable and affordable technology services are the key to a high performing information technology department.

Donna Cantlin is the Director of Institutional Advancement, with a BA in Community Planning and Health Administration from the University of Cincinnati. She comes to Altenheim Senior living with over 15 years of development experience. Donna is responsible for planning and implementation of fundraising and marketing activities to generate philanthropic income for Altenheim Senior Living.

Mary A. Kinosh RN, BSN, has had a variety of roles in nursing over the past thirty years, with over twenty four of those years in the home health care field. Prior to entering the home care field Mary worked in a variety of hospital settings providing hands on care to patients from newborn to geriatrics to intensive care. As Altenheim Home Health Care Administrator, Mary is responsible for the day to day operations of the home care community awareness, compliance, and ensuring that clinicians are providing quality and ethical care to those we serve. Mary believes that an educated and mentored staff will make Altenheim Home Health Care patients’ choice to live well at home.

Sandra Lopriore, BBA, is the Controller of Altenheim Senior Living. She is responsible for overseeing the daily responsibilities of the accounting department. Sandra comes to us with 20 years of experience in long term care industry.

Deborah Kemokai-Wright, RDN, LDN, serves as Clinical Dietician. She has over 39 years of experience as a Dietitian, with an extensive background in food and clinical nutrition services, including consultant services in the hospital and long term care settings.  She has served as President of the Akron and Ohio Dietetic Associations, and has served many State and national positions within the Academy of Nutrition and Dietetics. She oversees the foodservice operation with the goal of, “provision of quality nutrition services resulting in optimal nutritional health of the residents at Altenheim Senior Living”.

Beth Seese serves Altenheim Senior Living as the Shurmer Place Memory Assisted Living Director. She is a Registered Nurse, Certified Director of Nursing in Long Term Care and a Certified Dementia Practitioner with 30 years’ experience providing care and services to the elderly in varying roles. Beth previously served as Altenheim’s Director of Nursing for 10 years.

Robert M. Dohar, D.O., Medical Director, Dr. Dohar serves as Altenheim’s Medical Director. He graduated from the Philadelphia College of Osteopathic Medicine. He is affiliated with Southwest General Hospital and University Hospitals. He serves as the Chairman of the Medical Department of Quality assurance committee and Section Chief, Department of Medicine at Southwest. He is a member of the American Heart Association. 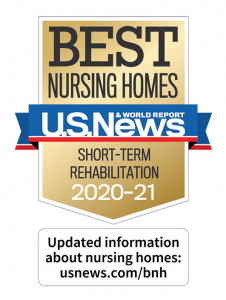